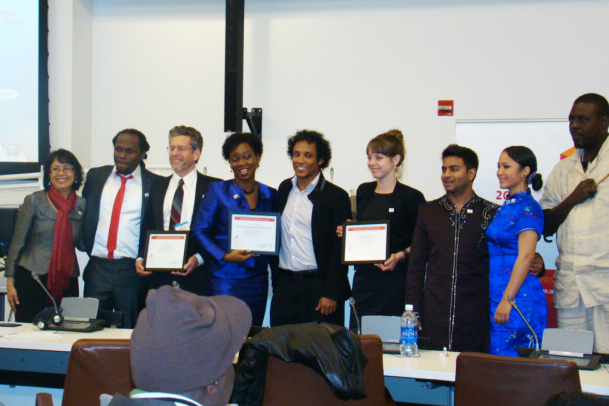 We are pleased to announce that on the 19th of November we were invited to the UNITED NATIONS headquarters, NYC, where Trinidad & Tobago were invited to perform at the closing ceremony for the International Year of Cooperatives (IYC 2012).

The campaign was written by Alana Flores. Sung by Neval Chatelal, Maria Soo Hon, Isaac Blackman and accompanied by pannist Marvin Connor, the song has made it to the finals of the IYC short film festival. Both the Music Video and the Short Film were produced by the Viscuna Brothers. We won the United Nations Award for the short film competition.