Nestled in the heart of the twin island Republic of Trinidad and Tobago you will find a group of multi-talented creative young men with over 20 years experience among them in the area of television production. Each of the four brothers bring their own unique genius to the business which has earned this fledgling company the respect of the competitive industry in which it operates. 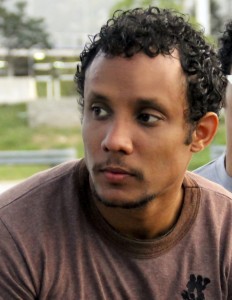 Jonathan was on track to a career as a professional football (soccer) player in the UK, but circumstances combined with genuine love of camera work brought him back to T&T. He remembers being fascinated with lighting and shot composition in the early days as a Camera Assistant at Stefan Jones Productions Limited, and he made a commitment to the field. Four years later he transitioned to Visual Art and Production Limited where he continued camera work but also explored editing and graphic design. Jonathan fast gained a reputation for almost single handedly being able to take a commercial video project seamlessly from concept to final production. He moved on to the position of Senior Cameraman/Editor at 2020 Productions where his concentration was now documentary. Jonathan says his stint there taught him the value of good research and communication, especially with the client, and these are now part of what makes The Viscuña Bros a success.

As qualified as he had become, forming a company with his brothers probably wouldn’t have happened if not for his successes in freelance work. He made the intense and somewhat scary leap to taking major responsibilities with music videos, feature movies, the soap opera The Reef and the Digicel Rising Stars talent series. Aligning with his brothers was his next, likely permanent, step.

When you do business with the Viscuña Brothers, Jonathan will be behind the camera, but he will also be dealing with you directly, and making sure you get what you want.  He also oversees many of the day-to-day needs of the company, and still manages to play a little football. 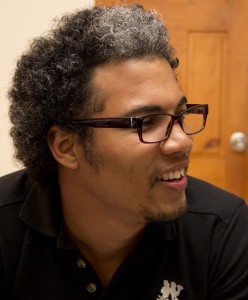 According to his brothers, Joshua is the go-to man. He’s committed to making it happen, whatever the current “it” is (to be honest, usually there are several). Josh has an attention to detail that set him apart from others when he began his career a decade ago as a Trainee Technical Assistant at Stephen Lee Pow Productions Ltd. During that time he was exposed to the production of feature films working on Anthony Maharaj’s Shells, and for Josh the combination of technical and creative had him hooked. An apprenticeship with Stefan Jones Productions Limited followed, and there he soaked up all aspects of production, largely forsaking a social life. Colleagues would speak about Joshua’s commitment, how personally invested he becomes in a project, and eventually, his skill. As an editor, for example, he became a whiz at Adobe After Effects Media and AVID. By the time Joshua was ready to leave Stefan Jones Productions he was a senior staff member. He moved on to Visual Art and Production where he continued using what he already knew but also explored directing. This would prove to be a key move for him. He didn’t know it then but he was completing a skill set that would make forming a company with his brothers possible.

When you do business with the Viscuña Brothers expect to be impressed with Joshua’s unique visual solutions to your needs. Also prepare for his soft spoken but firm manner. And maybe, just maybe, under the right circumstances you’ll get to see him perform an original song with guitar. Technical and creative remember? 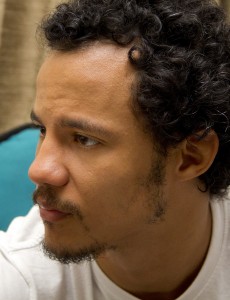 Joseph is a graphics genius. He’s qualified in other aspects of production, he can proficiently fill in various positions on set, but his niche, without a doubt, is graphics. Like his brother Joshua, Joseph began his career at Stephan Lee Pow Productions, and then moved on to Stefan Jones Productions, but he specialized in post production almost right away. Joseph created a standard for himself beyond that of even the most experienced editors and graphic artists in T&T, and impressed many by reaching that standard over and over. Visual Art and Production Company Limited was his next employer, where new clients broadened his experience. He excelled there, and worked on major campaigns. Joseph then took the opportunity to run his own department at a brand new production company called Timeline Ltd, even if it was a department of one… him. He continued excellent post-production work for Timeline, and even stepped into the director’s chair for various projects including Carnival coverage and Milestones to Parliament. Joseph will tell you that the Digicel Rising Stars series was important in his development as well, as he co-produced and edited the series. Understanding all aspects of production is important to him for the efficient, and ultimately creative, operations of the Viscuña Brothers Production Company.

When you do business with the Viscuña Brothers expect Joseph to be sitting behind a computer creating effects, graphics, transitions and cuts. It will probably be dark. This is probably why Joseph is the palest Viscuña Brother. 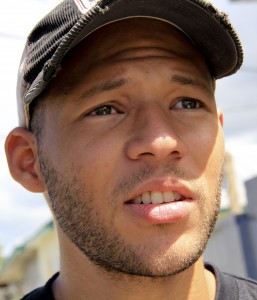 With three older brothers to make noise, you could say he’s a good listener. Is it any wonder he began in sound? The youngest of the four brothers and the last to pursue video production, Justin’s first gig in the field was as a boom operator for veteran sound engineer Cedric Smart on the set of Horace Ove’s The Ghost of Hing King Estate. That experience has been described as baptism by fire. However, Justin adapted quickly, showing a quality that serves him and the Viscuña Brothers Company every day. He also showed a willingness to work long hours in tough conditions, another quality that makes him a real asset. After the film wrapped, Justin chose to study other areas of production under the guide of his brother, Joseph, at Timeline Ltd. Justin found that editing and graphic design became something of an artistic passion. Now firmly ingrained in the industry, joining his brothers in forming a company of their own was a natural decision.

When you do business with the Viscuña Brothers expect Justin to be doing two jobs at once. Do not expect to hear him speak; it’s a rare occasion for that. He does give an excellent nod.